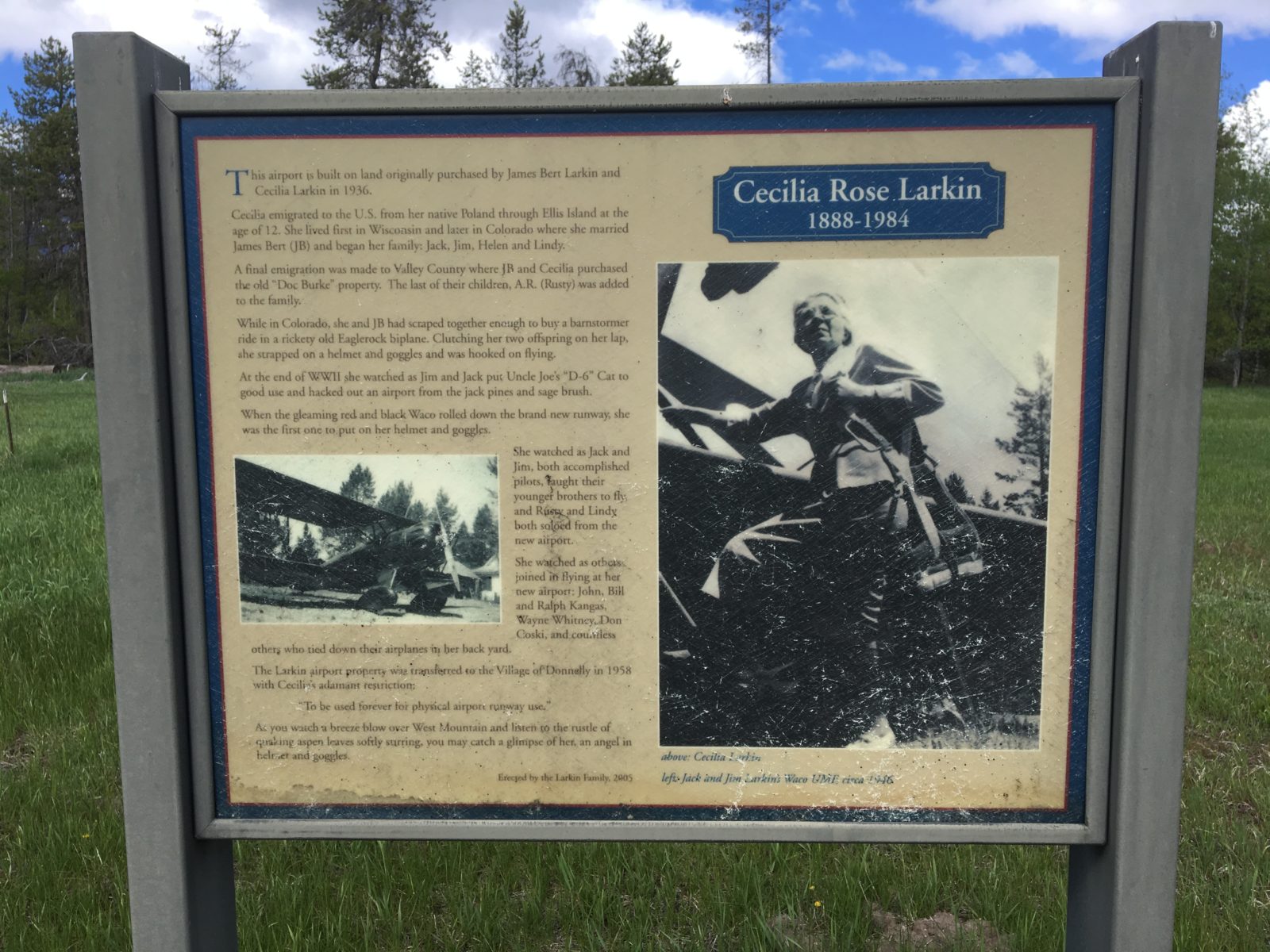 Grass and dirt are the perfect surfaces for learning and mastering tailwheel landings. Just 10 minutes from our Cascade, ID base of operations, Coski Memorial is comfortably wide and plenty long. Trees along both sides provide a good introduction to obstructions and steep stabilized approaches.

Like many Idaho airstrips, Coski Memorial is rich in history. The following text comes directly from the signage in our featured image:

“This airport is built on land originally purchased by James Bert Larkin and Cecilia Larkin in 1936.

Cecilia emigrated to the U.S. from her native Poland through Ellis Island at the age of 12.  She lived first in Wisconsin and later in Colorado where she married James Bert (JB) and began her family:  Jack, Jim, Helen and Lindy.

A final emigration was made to Valley County where JB and Cecilia purchased the old “Doc Burke” property.  The last of their children, A. R. (Rusty) was added to the family.

While in Colorado, she and JB had scraped together enough to buy a barnstormer ride in a rickety old Eaglerock biplane.  Clutching her two offspring on her lap, she strapped on a helmet and goggles and was hooked on flying.

At the end of WWII she watched as Jim and Jack put Uncle Joe’s “D-6” Cat to good use and hacked out an airport from the jack pines and sage brush.

When the gleaming red and black Waco rolled down the brand new runway, she was the first on to put on her helmet and goggles.

She watched as Jack and Jim, both accomplished pilots, taught their younger brothers to fly and Rusty and Lindy both soloed from the new airport.

She watched as others joined in flying at her new airport; John, Bill and Ralph Kangas, Wayne Whitney, Don Coski, and countless others who tied down their airplanes in her back yard.

The Larkin airport property was transferred to the Village of Donnelly in 1958 with Cecilia’s adamant restriction:

“To be used forever for physical airport runway use.”

As you watch a breeze blow over West Mountain and listen to the rustle of quaking aspen leaves softly stirring, you may catch a glimpse of her, an angel in helmet and goggles. 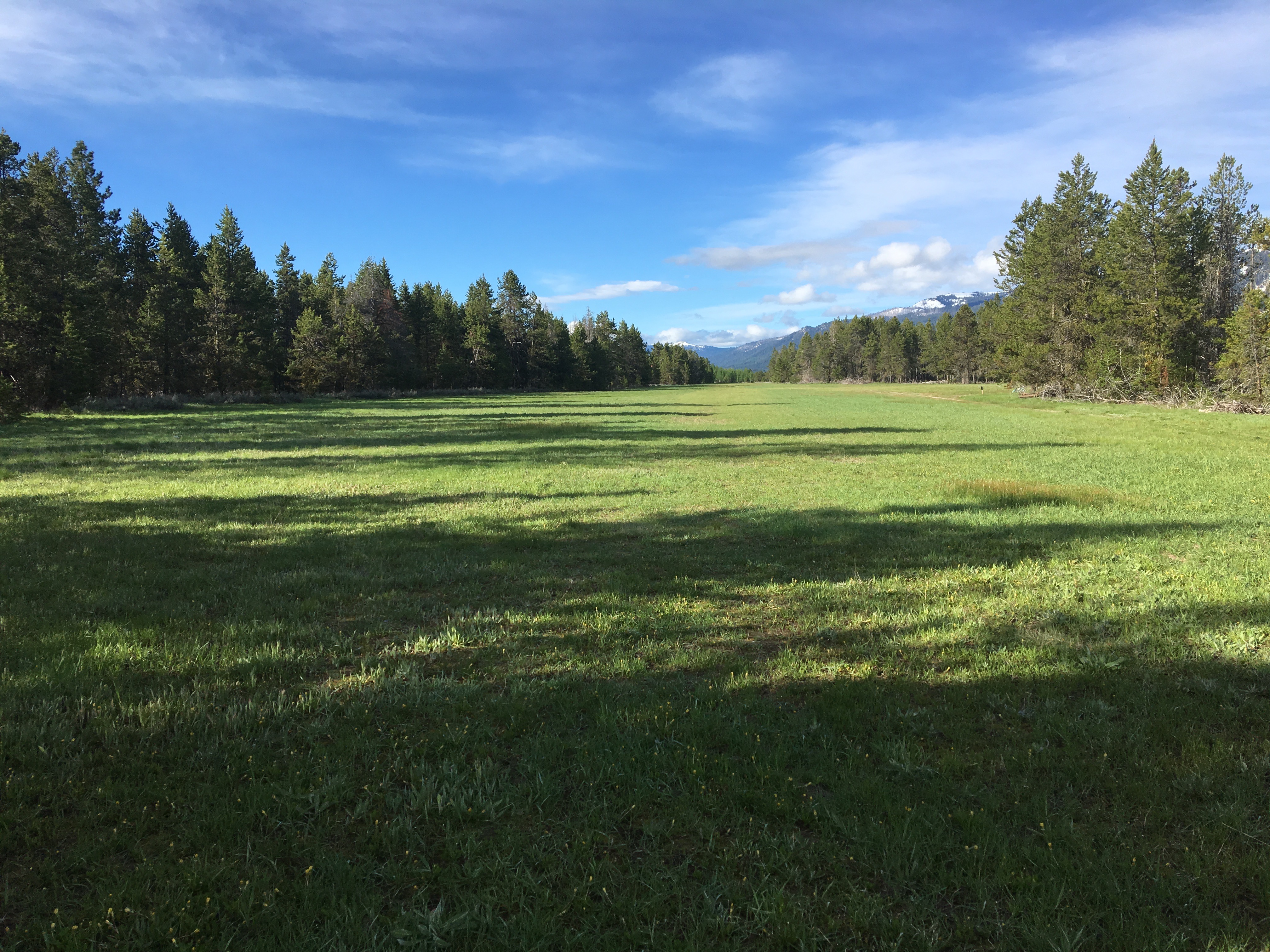 Courtesy bikes are available at the field. Stop in with a picnic lunch and bike to the nearby lakeshore for a great picnic lunch, or simply hit the road, turn right and enjoy coffee or a meal in Donnelly itself. 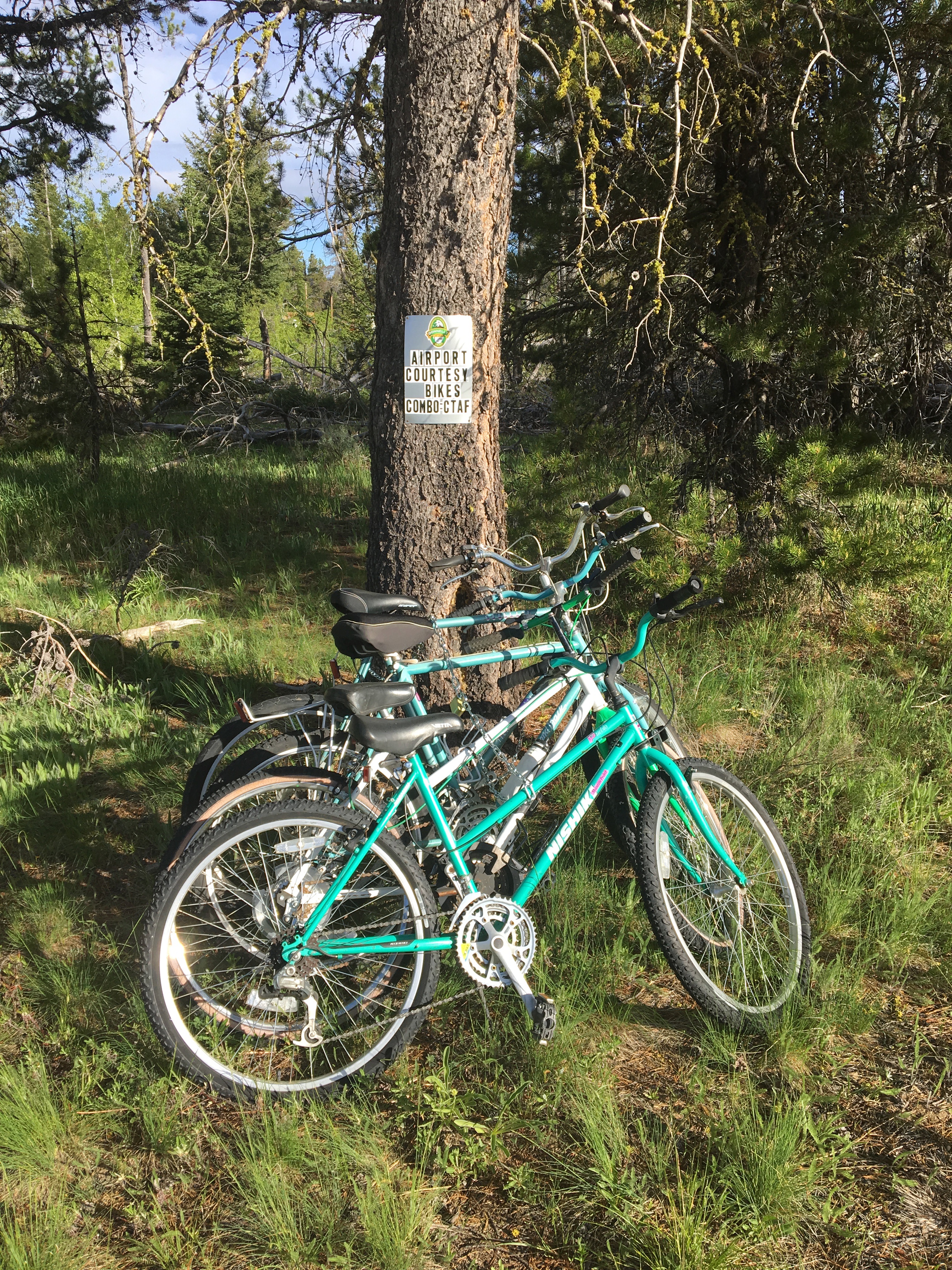